Youth Are the Future of Iran

Even if global mitigation measures work and temperatures stop rising at some point during this century, African countries will still experience negative effects, starting now, at least until 2050. While mitigation investments in Africa could have long-term payoffs (e.g., in the last half of this century) if they do succeed in slowing down or halting rising temperatures, adaptation investments are needed now. 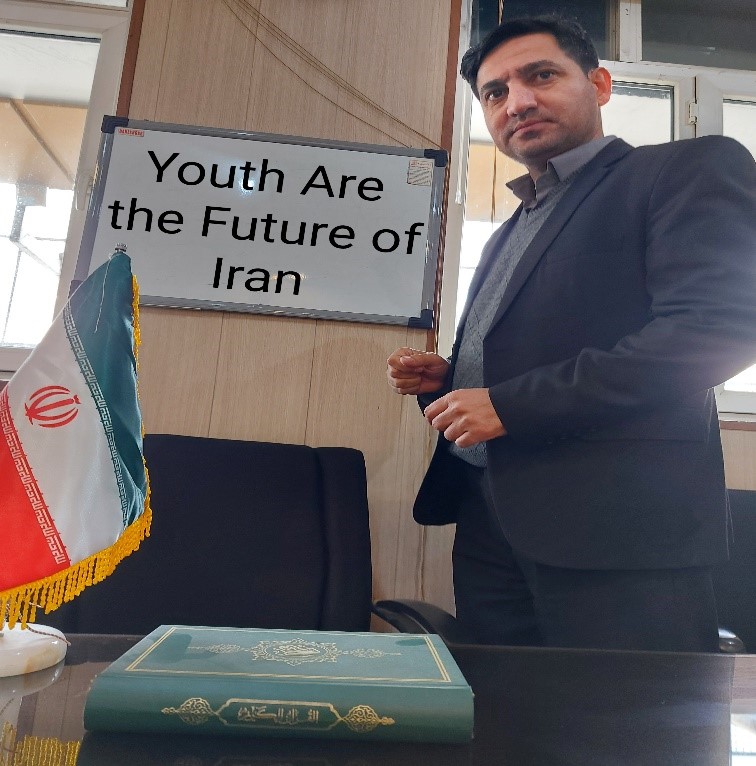 “We Should Move On the Path to Making Iran a Source of Science within 50 Years”
The Supreme Leader of the Islamic Revolution,
Grand Ayatollah Imam Khamenei


A group of Iranian academic elites and top scientific talents met with Imam Khamenei on November 17, 2021. After hearing the remarks of the academic elites and scholars, the Leader of the Islamic Revolution emphasized the destructive role colonialism has always played in holding other nations back by trying to persuade them "to ignore their talents" during this meeting.
The Leader of the Islamic Revolution expressed his satisfaction with the meeting with the academic elites, describing genius as a divine blessing and reminding the youth to be grateful for this blessing. "What makes an outstanding person outstanding is not merely talent and mental capacity, because many individuals have a high mental capacity, but it is wasted in them," His Eminence added, explaining the characteristics of a genius and an outstanding person.
Imam Khamenei addressed the youth of Iran, saying, now, my dear sons and daughters, I'd like to give you some advice on a few important topics. Science and research; spirituality and morals; the economy; justice and the fight against corruption; independence and liberty; national dignity, international relations, enemy borderlines, and way of life. My first piece of advice is to be hopeful and to have an optimistic outlook on the future. Without this fundamental key to any deadlock, not a single step forward can be taken. What I'm referring to is genuine hope based on obvious realities.
"If a talented, gifted individual does not take advantage of and use this blessing, and if they are lazy, uncaring, and negligent, they will definitely not become an outstanding person," he said. A remarkable person is one who expresses gratitude to God." Imam Khamenei reiterated that it is primarily up to the exceptional individual to appreciate this blessing. Second, it is up to his environment, or more specifically, his family, teachers, and, ultimately, the government and officials of the country, to assist him in doing so.
Iran's level of talent and intelligence, according to the Leader of the Islamic Revolution, is higher than the global average. "One important part of the soft war waged by the colonizers at present and at all times has been causing the Iranian nation to forget, become indifferent to, or deny its talents," he added.
His Eminence described Africa as a continent with great historical civilizations, but he added that colonialism destroyed that continent. "Nehru said that before the British entered India, India was a self-sufficient country in terms of its own domestic industry - the industries in the early 19th century," he said, referring to Nehru's book. However, when the British arrived, first the East India Company and then the British government, the people of India were led to believe that it was impossible to live without British and foreign products. This entails denying a nation's capabilities."
According to Thione Niang, co-founder of Akon Lighting Africa, "youth in Africa are isolated and underrepresented in governance across the continent." Sixty percent of Africa's 1.25 billion people are under the age of 25—the world's youngest population—but the median age of African leaders is 62, which is older than the OECD median. "In many cases, the younger generation is more knowledgeable, equipped, and prepared to address today's fast-moving issues than the establishment leadership," Niang writes.
Even if global mitigation measures work and temperatures stop rising at some point during this century, African countries will still experience negative effects, starting now, at least until 2050. While mitigation investments in Africa could have long-term payoffs (e.g., in the last half of this century) if they do succeed in slowing down or halting rising temperatures, adaptation investments are needed now. The costs of climate change will be borne by Africa's children and youth, including those who have just been born. Half of Africa's population is under 20 years old. This group will bear the direct consequences (e.g., severe weather disasters) as well as the indirect consequences—lost opportunities from needed investments in other areas that will not be made because public and private funds will be diverted to adaptation.
The infrastructure that Africa desperately needs will be more expensive because it will have to be more weather-resistant (otherwise it will break down more often, reducing benefits). African agricultural research and development will need to step up significantly if land and labor productivity are not to decline by up to 30%. As a result, African countries will have less public money available for other priorities, such as education, health, and nutrition. Investment in productive capacity will cost the private sector more too, slowing down growth and transformation. The result will be lower earnings and increased poverty. The youth of 2030 (ages 5-14 today) will reach their expected peak earnings period by 2045, when the worst economic effects will be felt up to an 80% drop in income growth (around 4% per year) compared to today. This long-term income loss will have a significant impact on their and their children's future. Why does this matter to the youth? Because Africa has the largest youth population and the oldest leaders.
According to John Page, a senior fellow in Brookings' Global Economy and Development Program, Africa's failure to industrialize, combined with a growing population of more educated and urbanized youth, "is a crisis in the making." He contends that industries "without smokestacks," such as tradable services, agro-industry, and horticulture, may be critical to addressing the issue.
On the word of McKinsey & Company's Acha Leke and Landry Signé, a David M. Rubenstein Fellow with the Africa Growth Initiative, potential investors in Africa should consider cities rather than the continent's 54 countries. Consistent with the map below, by 2030, Africa will have 17 cities with populations of more than 5 million, but also 90 cities with populations of at least one million. "Rapid urbanization is one compelling reason why companies should prioritize cities in their African growth strategies," they write.

By 2050 One-Third of Global Youth Will Be In Sub-Saharan Africa
In analyzing the behavior of colonizers in colonized countries, the Leader of the Islamic Revolution stated, "When disregard for one's own power and capabilities becomes dominant in a nation, plundering that nation becomes easy." Take note of how neglect and plundering are intertwined. Negligence leads to plundering, and plundering leads to more negligence... This is true for both countries that were directly colonized and countries like ours that were not directly colonized.
Imam Khamenei stated in his analysis of Iran's history over the past two centuries that Iran, too, suffered from the same fate prior to the victory of the Islamic Revolution. For most of its history, Iran's Islamic Republic has been engaged in a process of reform and reinvention, but each experiment in moderation has failed. Although Iran's revolutionary theocracy has evolved, the most problematic aspects of its ideology and institutions have remained unchanged since 1979. The Iranian revolution of 1979 was one of the most significant events of the late twentieth century.
The overthrow of the Western-leaning Shah and the emergence of a distinct religious government reshaped Iran dramatically, shifted the balance of power in the Middle East, and posed serious challenges to the global geopolitical order—challenges that persist to this day. The seizure of the US Embassy in Tehran later that year, and the ensuing hostage crisis, resulted in an acrimonious schism between America and Iran that has yet to be resolved. The revolution also resulted in a disastrous war between Iran and Iraq, as well as an expansion of the role of the US military in maintaining security in and around the Persian Gulf.

Youth of Our Beloved Iran!
During the last 40 years, and still today, the enemy's propaganda and communication policy, as well as its most active programs, have revolved around destroying people's and even our officials' and statesmen's faith in the future. False news, biased analysis, reversing facts, concealing the hopeful aspects, exaggerating minor problems, and berating or denying major advantages have been on the agenda of thousands of audio-visual and internet-based media outlets by Iran's enemies. And, of course, their supporters within the country can be seen exploiting the country's liberties to work in the service of the enemy.
You, the young people, must be the pioneers in breaking the siege of such propaganda. Grow the plant of future hope in yourself and those around you. Drive away fear and disappointment in yourself and others. This is your very first and most fundamental Jihad. Some of the signs of hope that have been mentioned are right in front of your eyes. The world admires and respects Iranian youth, as well as their perseverance and ingenuity in a variety of fields. Value yourself, and with God's help, ascend into the future and create epics.
You should know that the future belongs to you. Our Iran belongs to you. You are the ones who will build the future of Iran, and you are the managers of the future of Iran. You must prepare yourselves and prepare Iran as well. You can do this. You should prepare yourselves and find your own place and the role you wish to play in helping Iran to progress. You should determine what your position will be and then, you should place yourselves in that position, struggle, and work. You are the hope of Iran and Iranians. You are the dear children of the nation.
A decade of economic stagnation caused by sanctions and broken international promises has brought Iran’s middle class to a point that it may reconsider its future as a force for political moderation and globalization. In my next article, we will cover comparisons of youth in Iran, the Middle East, the United States, China, and other parts of the world as a means to gauge the progress of the human capital in the world and measure its successes and failures.