The attack on Iran’s Natanz nuclear facility casts a shadow over the talks between the United States of America and The Islamic Republic of Iran and the return to the Joint Comprehensive Plan of Action (JCPOA) nuclear accord. Iran has blamed The Israeli Occupying Regime for the attack on its underground nuclear facility that damaged its centrifuges. 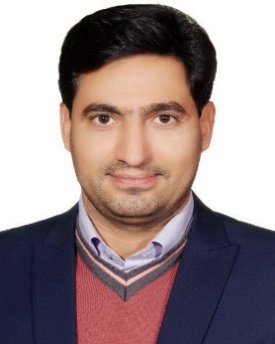 The attack on Iran’s Natanz nuclear facility casts a shadow over the talks between the United States of America and The Islamic Republic of Iran and the return to the Joint Comprehensive Plan of Action (JCPOA) nuclear accord. Iran has blamed The Israeli Occupying Regime for the attack on its underground nuclear facility that damaged its centrifuges. The Israeli attack is designed to further strain and even sabotage the negotiations between the U.S. and Iran in Vienna to re-enter the accord. Netanyahu’s goal has always been to eliminate Iran’s nuclear capabilities as it fears the Islamic Republic. To this end, Israel has now opened two doors of contention with Iran and the U.S. First, Iran now can freely move forward with reconstruction of the centrifuges with more advanced technology and, second, take revenge for this action against Zionist Israel.
Meanwhile, the Biden administration has not praised nor condemned the attack. The White House simple stated that the U.S. was not involved and would not speculate on the causes. Washington knows all too well that its Zionist ally, Israel, indeed is behind the attack. Notwithstanding, the U.S. will now use this as a platform to limit the lifting of sanctions due to Iran’s uranium enrichment capabilities as revealed by the attack. The sanctions now are labeled as “consistent” or “inconsistent” by definition. The deal had lifted (removed?/suspended?) nuclear sanctions in Iran in exchange for Iran’s willingness to curb its atomic program, even though those restrictions are time-limited and were due to expire before 2030. The U.S. is prepared to lift or ease only the sanctions that are labeled “inconsistent” with the “benefits” Iran expected to gain from the accord. Trump’s abandonment of the accord and the reinstatement of harsh sanctions backfired. Since the U.S. departure of the accord, The Islamic Republic of Iran has been able to achieve 60% enriched uranium according to the Atomic Energy Organization of Iran (AEOI).

The Islamic Republic of Iran is not a nuclear state and has adhered to the terms of the JCPOA since its adoption in October 2015. This has been unequivocally verified by the IAEA quarterly reports for over a decade. Iran was also one of the first states to formally call for a nuclear-weapon-free zone in the Middle East in 1974. Iran’s President has stated. “As we have said many times. There is no place for Weapons of Mass Destruction, including nuclear weapons, in the country’s defense program, and this the firm opinion of the Islamic Republic.” “But at the same time, we will pursue peaceful nuclear technologies, which is our right.” He added, “We are a member of the Non-Proliferation Treaty (NPT). We have a contract with the International Atomic Energy Agency (IAEA) as a safeguard, and we implement the NPT. We do not want to have secret nuclear activities, and this is a decisive decision of the Islamic Republic of Iran.”
Iran’s Foreign Minister wrote, “In utter hypocrisy, Boris Johnson is ‘concerned about Iran developing a viable nuclear weapon’. On the very same day, he announced his country will increase its stockpile of nukes.” The Foreign Minister also said there would be no talks between Iran, the U.S. until all sanctions imposed on Iran are removed. He stressed that the cooperation between Iran and the IAEA will continue uninterrupted in various fields.

The Supreme Leader of The Islamic Revolution, Grand Ayatollah Seyyed Ali Khamenei, in many occasions, said that any U.S. claim to having removed Iran’s sanctions must be first verified by Tehran’s ability to sell its oil under normal conditions and receive its money. He added that the policy of maximum pressure of the former U.S. administration failed and stressed that if the current U.S. administration pursued maximum pressure, it will fail again. What is the solution to this cycle of the use of inhumane weapons that have been rightfully prohibited? Imam Khamenei emphasized that "the side which has the right to set conditions for the continuation of the JCPOA is Iran". For, "Iran honored all its JCPOA commitments from the beginning. However, "they violated theirs. Therefore, we have the right to set terms for the continuation of the JCPOA. Recently, we set a condition and no one will go back on it: if they want Iran to return to its JCPOA commitments, the US has to lift all sanctions". This must be done in action than in words and on paper. "After that, we will verify and see if they have really been lifted. Then, we will return to our JCPOA commitments". Regarding Iran's policy on JCPOA, in his most recent speech delivered on April 14, 2021, Grand Ayatollah Khamenei stressed that he has announced Iran's policy in words and writing and pointed it out to officials. He added that they should negotiate, but it must not be "too lengthy and tiresome, not to allow the other sides to prolong the negotiations too much".
The only absolute guarantee is their total elimination and legitimate system of assurance that will never be developed again. For this to happen Iran argues that the ‘politicization and abuse’ of non-proliferation and disarmament regimes must end. The Iranian ambassador to the UN condemned the UN Security Council for its continued silence when the Western countries continue to abuse the Chemical Weapons Convention (CWC) and the Organization for the Prohibition of Chemical Weapons (OPCW) to advance their illegitimate interests in Syria and Iraq. The Security Council remained silent when chemical weapons provided by the West were used by Saddam in his aggression against Iran, killing thousands of Iraqi and Iranian citizens. The Council also remained silent as Syria continues under extreme pressure as certain powers abuse the CWC and the OPCW to advance interests. Iran also was placed under unprecedented UN sanctions until 2016 due to the crisis manufactured by certain Western powers under the so-called proliferation concerns of its peaceful nuclear program. All this as the Israeli child killer regime has developed all types of WMDs and has refused to join the international treaties banning these same deadly weapons. Yet it is not held accountable by the Security Council as Israel is shielded by the U.S. The authority of non-proliferation regimes and the credibility of those organizations cannot be preserved or upheld in isolation while disregarding these truths. The only absolute guarantee is the strict application of non-proliferation norms for all governments, under all circumstances and without exploitation of the norms or the politicization of or discrimination in the application of the norms. This demands the impartiality and professionalism of all relevant multilateral operations and mechanisms.
As a major victim in the history of the systematic use of chemical weapons, The Islamic Republic of Iran condemns the use of these weapons by anyone and in all circumstances. Iran also rejects all efforts undermining the CWC’s authority and the OPCW’s credibility and calls for the non-discriminatory implementation of the CWC and the upholding of the authority of the OPCW.
At the center of this debate is the need for these agencies to scrutinize Israel’s illegal nukes and halt its aggression in the Middle East. As the central enemy of peace, human rights and the region, Israel must be held accountable for all its terrorist attacks against all sovereign nations and peoples. It must hold the Zionists accountable for the 1981 bombing and destruction of the Iraqi nuclear reactor and the 2007 airstrike on a Syrian reactor. Israel continues to make public threats to attack facilities in Iran as it did in Natanz. Israel is not party to the Nuclear Nonproliferation Treaty (NPT). The dismantling of Israel’s illegal nuclear arsenal is key to the survival of not only the Middle East but of the world of humankind.